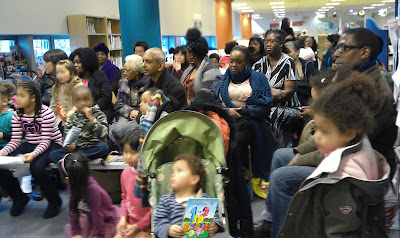 The Lovers Rock Story Premières at: The Oak Room High Wycombe
On December 20th 2011 BIS Publications worked in conjunction with OriginAsali to screen a High Wycombe première of the film The Story of Lovers Rock. It was a brilliant evening, Good vibes, Good people and it definitely brought back the 'Love'. To all those who attended their feedback of the film and the evening has been truly fantastic! They can't wait for the next OriginAsili/BIS Publications event. Watch this Space....
Posted by BIS Publications at 13:58 No comments: