BIS Publications Are Please to Announce 3 New Titles which we Have Recently Published.

It's All About You is an activity book designed to record the personal identity, interests and activities of children by children from the age of three. The aim is to promote creativity, fun, self-acceptance and confidence.

B.G. is a psychotherapist, social worker, trainer and author. Working with children over many years inspired her to write this book.

This is the second book in the 'One Thing About History Is...' series. 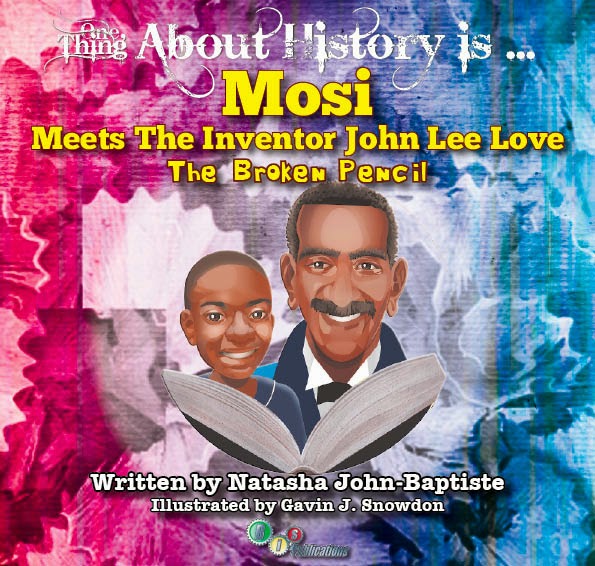 Mosi is a little boy who likes to write in his notepad. One day when Mosi was writing one of his stories his pencil tip broke. Mosi became very sad because he could no longer use his pencil to write, that is until he remembered about Historyland found in his book ‘One Thing About History is...’. Once he opened that book he entered into Historyland and there he found an inventor by the name of John Lee Love, who invented a pencil sharpening device. Because of John Lee Loves’s genius invention Mosi could continue writing his potential best-seller.

Mac Logan is a man with a very dark past. He was once an educated cop. He’s now an expendable P.I. called Jarrett. The story begins when he is assigned to investigate a series of muggings happening in town by his new boss and friend Derek Hawke.

Logan starts the investigation to find out that there’s more to the case than meets the eye. He discovers that this mysterious caper is linked with a treasure hunt in the bad lands of Tikal, in Mexico. Logan goes to Mexico with Hawke and uncovers a smuggling operation there. He has a run in with a gang lord craving for supremacy; and finds out the truth behind a girl’s death. The man now called Jarrett also learns about his boss’s past.

As Logan keeps sleuthing, he discovers the real culprits behind the brutal muggings. Logan journeys back to England where he has another encounter with an old enemy. A notorious crook called Quentin ‘the Rat’ Baker. So when the expendable PI uncovers the man’s secret he equally unveils the vicious and faceless criminal network responsible for the abrupt murders he sets out to investigate.

This book is suitable for age teenagers to adults. RRP: £9.99

Purchase now at: www.bispublications.com
Posted by BIS Publications at 05:39

Email ThisBlogThis!Share to TwitterShare to FacebookShare to Pinterest
Labels: BIS Publications are please to announce three new books which we have recently published.